In 1981, a young architect Bruce Gora stepped out of his comfort zone and opened his own firm as a sole-proprietor. His vision was to produce structures with intuitive function, unique and sustainable materials, and clean timeless design. Projects that would fulfill the needs and exceed the expectations of the client, while enhancing the visual fabric of the community.

Five years later, he partnered with good friend Dan McGahey and together they built the highly respected firm Gora/McGahey Associates in Architecture. The firm provided architectural services for a broad range public and private clients with projects ranging in scope from modest additions, remodeling, adaptive re-use and tenant build-out projects; to programming, space planning, and design of new facilities including highly specialized medical, office, and municipal projects up to 160,000 square feet and more. They systematically assembled a team of likeminded individuals to produce innovative work based upon their simple founding principles.

In 2018 the business transitioned to the next generation as Ramon Acevedo took the helm after twenty years of leadership at the firm. Renamed GMA Architects & Planners, in tribute to company’s history, the initial vision continues. Through his steadfast dedication to the core values of the firm Ramon has been able to maintain commitment to client service, innovative design, construction knowledge, and budget management that are the hallmarks of the firm. Ramon has also been able to certify GMA Architects & Planners as a Florida Minority Business. Under his guidance GMA continues to provide the high quality and dependable service for which the firm has always been recognized in the industry.

Our public clients have included:

In Memory of our Founder

Even if you didn’t know architect Bruce Gora, you’ve probably seen one of the many buildings he designed in Fort Myers.

There’s the parking garage in downtown he fought to paint a “salsa” color, to the shock of many old timers in the 1990s; or The Alliance for the Arts, the Fort Myers Beach Library and Temple Beth-El.

“Almost anywhere you go in this town, you can give directions by saying turn at the Bruce Gora building,” said longtime friend Hal Arkin, a real-estate agent.

Renaissance Man
Mr. Gora was also an accomplished photographer. But of his rich faculty of talents – friends often described his as a “renaissance man” – jazz trumpet and harmonica may have been especially close to his heart. Music was really a love as much as architecture.

“We had to rein him in a little bit when he came in Monday morning bleary eyed after playing a full weekend of musical gigs,” said Dan McGahey, who was Mr. Gora’s partner in the Gora/McGahey architectural firm.

“He was Chairman of the Horizon Council, Chairman of Alliance for the Arts and all these different leadership accolades,” said Dr. Hobbs, who met Mr. Gora at the University of Florida in 1974. Mr. Hobbs was a pre-med freshman and Mr. Gora was a fifth-year architecture student.

“He always did a lot for the community, but I always knew him as a musician and a great athlete. He was a great snow skier as well.”

Back in college, Mr. Gora was a frequent trumpet soloist for the University of Florida jazz band. Mr. Gora had also hired Dr. Hobbs to play bass guitar in a dance group outside of school.

‘The Juice’
In 1985, after both their career paths landed them in Fort Myers, they became two of three core members in a popular local blues and R&B band called The Juice. It lasted for 15 years.

Mr. Gora designed the cover art for The Juice’s album, “Plugged In,” a closeup of an orange with electrical cords plugged into it.

“He was a fantastic jazz musician – a fantastic one,” Dr. Hobbs said. “He could play with anyone, anytime, anywhere.”

Gator Nation
Dr. Hobbs said Mr. Gora was also a huge Florida Gators fan. If they won a game, he would incorporate the Gator’s fight song into one of his Saturday night trumpet solos.

Ambitious
Mr. McGahey said that in architecture, Mr. Gora was ambitious, striving to create the very best building with each project. His ambitions were similar in music.

Mr. Gora grew up in Fort Lauderdale, where he played trumpet in bands when he was a teenager with friend Jaco Pastorius, arguably one of the best bass players in the world.

He also has two brothers, one an attorney in Fort Lauderdale and the other was a saxophonist who lived in Boca Raton.

His wife, Carolyn, a retired art teacher from Cypress Lake Middle School who lives in Fort Myers, and two daughters, Natalie Schultz and Julie, who live in New York City.

“He would completely lose himself in the music. That was when he was happiest, I think. That, and in the struggle and turmoil of architectural design.” 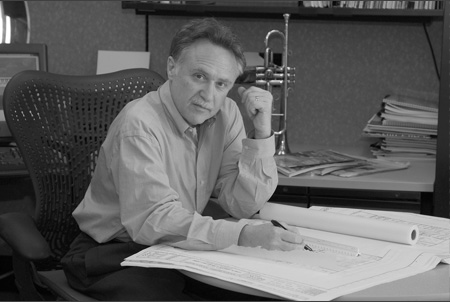 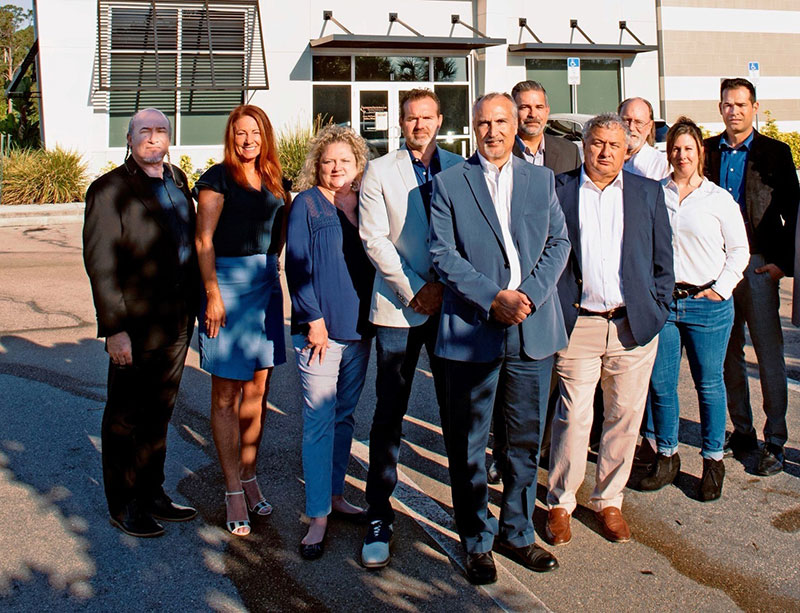 At GMA Architects & Planners, we’ve assembled an experienced, professional team from around the nation and around the globe. With a distinctly international flavor, GMA has the resources and expertise to communicate and design throughout Europe as well as in Latin America and the Caribbean.

We invite you to peruse our website to learn more about the people who are GMA Architects.